To celebrate the spooky season, we’ve selected some of America’s most notoriously haunted locations. Ghosts or not, these places still have a roof!

We’ll be adding a new haunt every week in October. Be sure to bookmark the page and check back in to see each week’s featured location.

Week One: The Salem Witch House

The Salem Witch Trials are famous for their cruel accusations, and even more devasting punishments. This historic home operates as a museum now and should be on your list for your next trip to Massachusetts. Learn more. 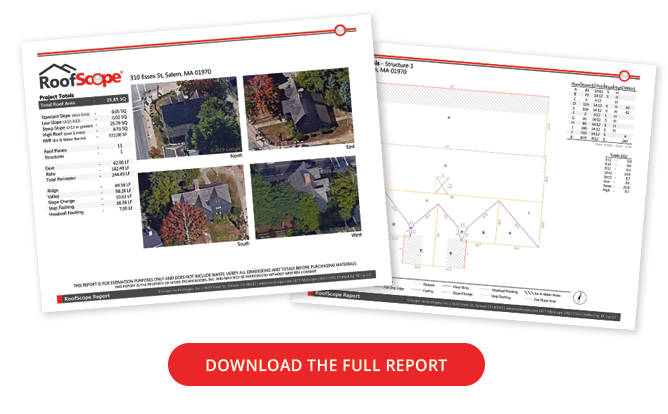 While you’re visiting Salem, make a detour to the Lizzie Borden Bed & Breakfast Museum in Fall River, Massachusetts. This B&B is home to the horrific axe murders of Andrew and Abby Borden. While there is fierce speculation on who did this terrible deed, the culprit was never captured. Rumors circulated at the time that Lizzie Borden (1860-1927) was the murderer, but she was acquitted in 1893
The location has since been turned into a bed & breakfast, where you can face the history and channel the ghosts. Learn more. 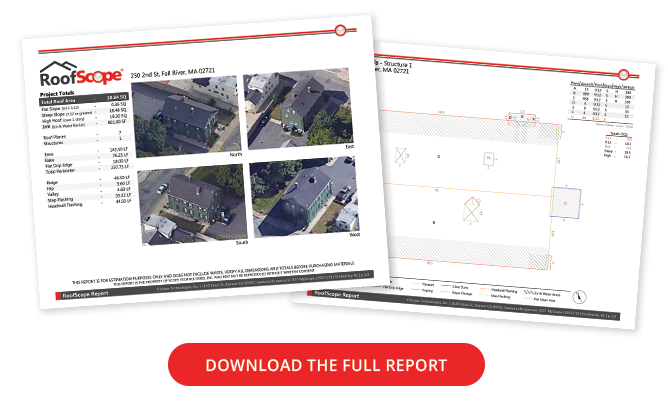 Continuing our journey into haunting experiences, we have Scoped the Amityville Horror House. Made famous by the 1979 film, this home has seen more than its share of tragedy. The movie was based on the 1977 Jay Anson book, The Amityville Horror, A True Story. As the title suggests, the book is founded on supposedly real events. History confirms a murderous past. The evil played out in the home is reported to have left its mark, riddling the house with spirits and demons.
This house is still a private residence, so don’t drop in on the current homeowners. Learn more. 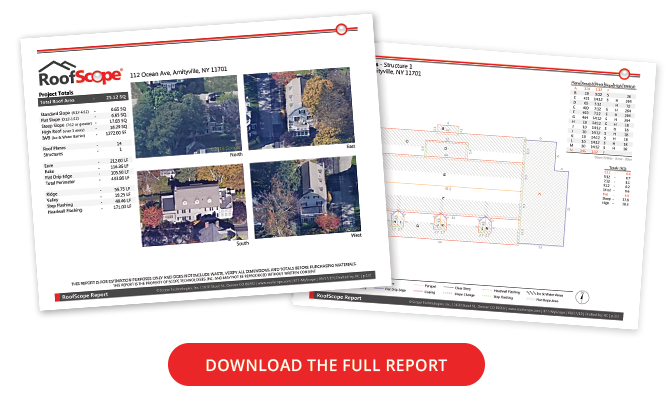 As we ramp up our Spooktober Scopes, we’ve tackled the infamous Stanley Hotel. Thought to be one of the most haunted buildings in all of America, the Stanley is famous for inspiring Stephen King’s The Shining. The Stanley has a rich history and no limit to the number of ghoulish tales about its luxuriously spooky halls.
The Stanley Hotel is a beautiful old hotel in Estes Park, Colorado (not too far from RoofScope HQ). Learn more. 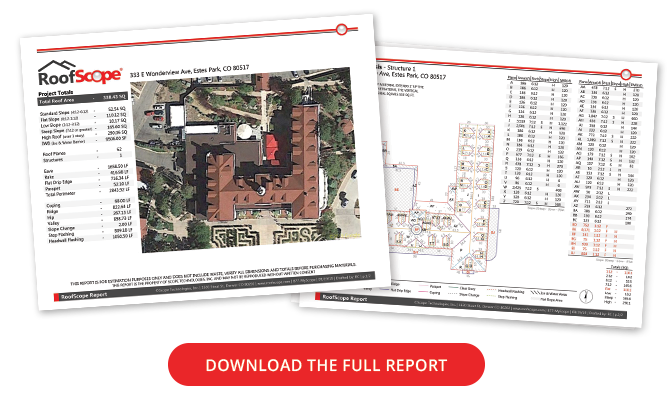 Drumroll, please! Our final Spooktober Scope is the Winchester Mystery House. Not only is this a beautiful, spooky, and quirky location, but will you take a look at the roof report? 19 Buildings. 536 Planes. 100% insanity!
The Winchester House is an architectural marvel. This home was under continuous construction for 38 years in an attempt by Sarah Winchester, heiress to the Winchester Repeating Arms Company, to evade the spirits of people who were killed by the Winchester Rifle.
This home includes staircases that end at a ceiling, intricate ornaments, and even a seance room for communing with the dead. With all that aside, it has some impressive structures and was a massive undertaking for our RoofScope team. It was well worth it. Learn more. 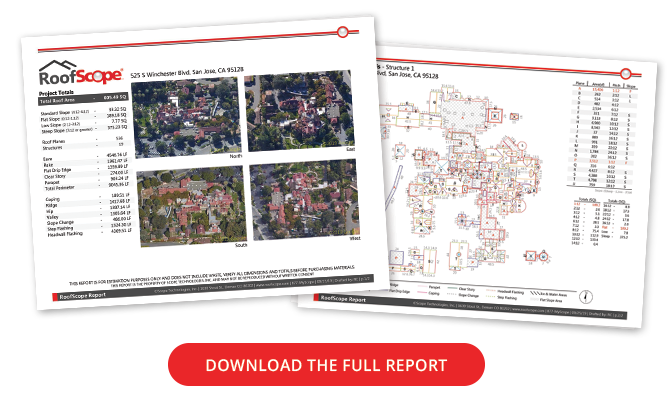 How to Overcome Common Barriers to Landing a Roofing Contract

Want to learn more about the most accurate aerial reports in the industry?